Introducing Peixin Hou as the Member Director for Huawei. Part of the "Getting to know the board" series.

The Rust Foundation is up and running! This is really a great milestone for the Rust ecosystem. A system programming language like Rust is a fundamental building block so having an independent entity (the foundation) to facilitate open governance will boost widespread adoption for sure. Open governance here means certain assets such as logo, trademark, IT infrastructure and so on are NOT controlled by a single commercial organization, and with the governance structure separating decisions about funds and business affairs from the technical project’s decisions, all these will give participants from various organizations, even they are competitors in business, a neutral place with assurance backed by the foundation bylaw and operation mechanism. I know the foundation also serves other functionalities and those are all benefits to having a foundation, but the open governance part is a very important one I think. Projects like Kubernetes were much more widely adopted and attracted many players since the CNCF was established, and now it is the de-facto standard in the industry. And there are many more you can name. To be honest, the current Rust community governance structure is indeed open and very welcoming already, from the RFC process to the diversity of developers and various gate-keepers, so I really appreciate Mozilla’s great effort and the whole community to make this happen. And the establishment of the Rust foundation will just make it more attractive and give commercial players more peace of mind, and the composition of the founding platinum member companies so far has proven this. I am also happy to see that Rust is truly a global development activity, with contributors (copyright owners) from so many countries across almost all continents, and the software is publicly available across national boundaries. These will continuously be the mission and vision of the Rust Foundation.

I have mainly done C programming in development work and my past technical experience was mainly focused on operating systems, media processing and other embedded system software. So performance and resource consumption are always some of the key metrics to consider. Rust is certainly a kind of language that can match C/C++ here. The second well recognized beauty of Rust is memory safety. Both of these reasons are why the company I am working for, Huawei, is interested in Rust and would like to invest to make the language widely adopted in products, since as an ICT infrastructure vendor, performance and security are basically the two fundamental baselines in many scenarios to judge when choosing a new programming language. But actually when I first got introduced to Rust by friends, I was amazed not by the above two advantages compared to other languages, instead by the look-and-feel of the language, the cleaner syntax, better modularity and more importantly, the package-management system, which certainly C/C++ is lacking as a standard. Although I did not have the chance to switch from C to Rust in my development work then, I can certainly understand why many have done so or make Rust as their first choice of system programming language. 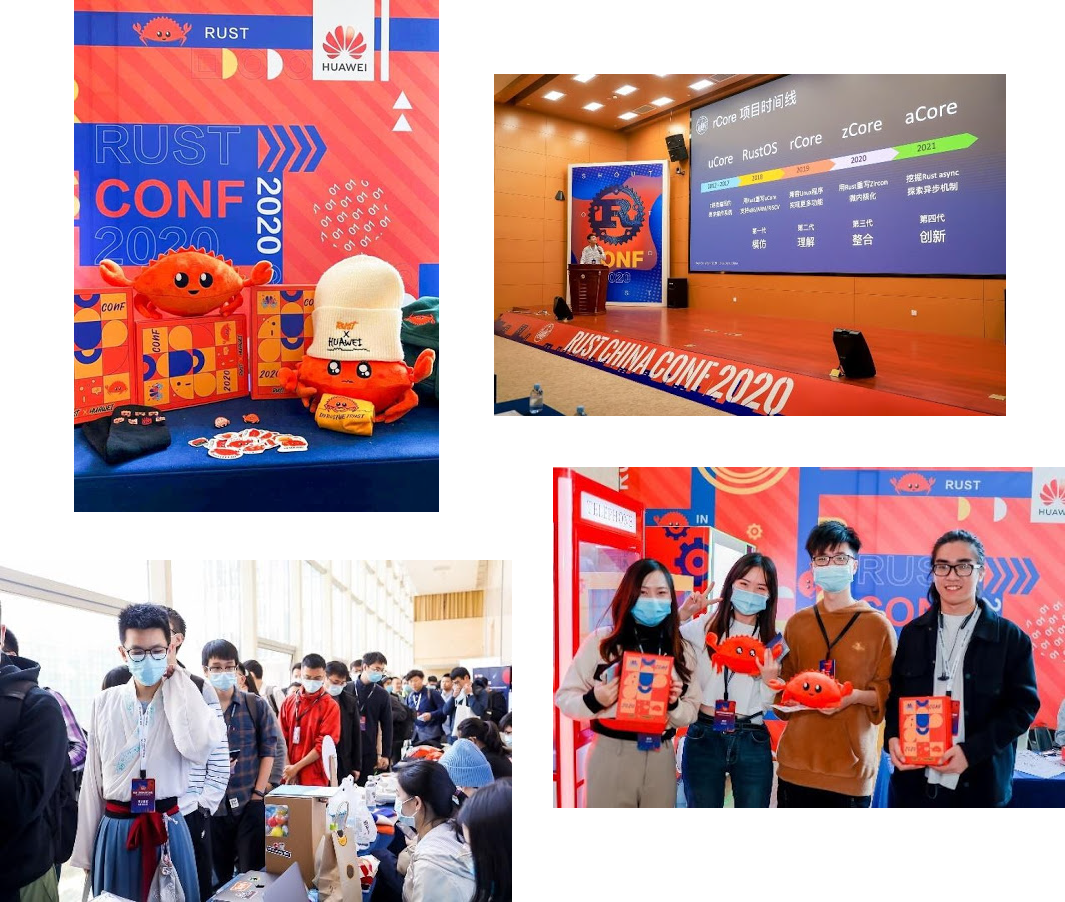 Now let me share a bit information on what is happening in where I am from, China. At the end of last year, Rust China Conf 2020 was held in Shenzhen, and Huawei is the only top-level sponsor (happily done by my team ☺). In this event, I was thrilled to see so many cases, products and open source projects written in Rust and many developers are just entering university. Some told me they have been using Rust for several years, which means they started programming in Rust from high school. The topics they shared range from data analysis, operating systems, storage solutions, blockchain, robotics, autonomous vehicle and mobile applications. Also, a student from Tsinghua University, RunJi Wang, wrote an elegant distributed file system called MadFS, which helped a 500-node ARM based cluster to champion the recent IO500 List, with a score of almost 4 times than the second on the list (https://io500.org/). All of these demonstrated the strong momentum and the active development community here in China. And I will no doubt see more in the future. 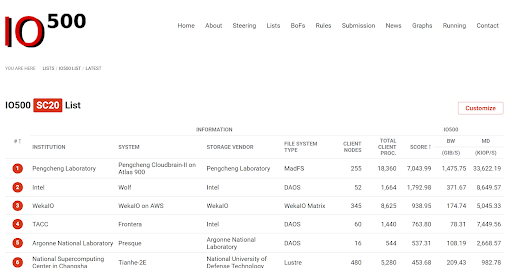 Looking into the future, with the establishment of the Rust foundation and strong investment from the members, we will see more language innovation and engineering implementation at a faster pace. For Huawei, areas we will invest in the community will include projects in numerical computation, robotics, virtualization and more. As the only platinum founding member from China so far, we would also like to promote Rust with all partners, this may include setting up local infrastructure such as crates.io and local CI for better access and usability, translating more documentation into Chinese and holding more events here. Last but not least, we are eager to have more Rust talents to join us, in the EU, North America and China! And if you are in a place other than those above but also interested, no worries, let’s talk about more opportunities!