Introducing Florian Gilcher as the Project Director for Core. Part of the "Getting to know the board" series.

I guess it comes with the nature of an open source project that this is the first proper introduction to myself, even though I have been around Rust for over 7 years. But there’s a time for everything and this is a good chance to work out some aspects properly. But first, some details:

Rust has been my chance to be involved in growing and shaping a programming language from early experimentation days into strong industry adoption. It is work that I am grateful for and that I want to continue on the board of the foundation. During my time on the board, I want to bring my experience and encourage a forward-thinking, implementation-driven approach towards a structure that amplifies the great and successful nature of Rust. I represent this with the view of someone who deeply cares about FOSS culture, global communities and a collaborative together. This includes the view of someone who cares about small and independent businesses. Being on the first board is an honor and a commitment - we prepare the space for all the people that come after us.

Most Rustaceans may know me for community work - either through the community team, as one of the founders of Rust Berlin (over 150 events, go team!), RustFest and OxidizeConf. I’ve before that spent over a decade moderating bulletin boards (tech and non-tech related), co-created eurucamp, the Berlin Ruby conference and served on the board Ruby Berlin. I’m one of the co-creators and co-maintainers of the Berlin Code of Conduct, a campaign to promote Code of Conducts to meetups. Interestingly, it is now used around the globe by conferences and meetups. For a while, I was in the leadership team of the Ruby web framework Padrino. I ran the most active and long-running Elasticsearch users group, before broadening its scope and calling it Search UG Berlin. I’ve always been interested in programming languages and communities, which rather naturally led me to Rust - mainly because the project was easy to access and I could watch an interesting new language grow. In 2015, I decided to not learn new programming languages and instead focus deeply on Rust.

I have a wide variety of interests outside of programming languages and tech: I hold a 1st Dan in Kyūdō (japanese traditional archery) and do recreational diving. Music is probably the passion that was before and will outlive my career in tech (though purely as a listener - I learned a number of instruments and ultimately decided that I’d rather be an appreciative consumer). Sometimes, there’s little music references in talks and posts such as this. I’m generally interested in almost anything I haven’t tried out yet and always happy to spend some time with people - the best way to approach me at a conference is to tell me a little bit about a unique thing you do outside of coding. You may see me giving lightning talks for fun.

I started coding in Rust in 2013 and my first project was widmann - a port of the Ruby web framework Sinatra to Rust. Over the past years, I helped out on a number of projects (such as the async.rs project and took over maintenance of the leveldb binding layer, leveldb-sys. Since 2015, I teach Rust professionally and co-maintain Open Source Training Material, which my courses are based on. In 2018, I went all in and co-founded Ferrous Systems, a company focused on helping the industry adopt Rust by spreading knowledge, practice and also improving Rust itself.

While being busy with these projects, I usually try to avoid coding outside of work hours. For that reason, it was only natural to me to join the Rust project at a different place and am a member of the Rust Community Team since its inception. I’ve always seen the Community Team as a crucial part of the Rust project and one that makes the great work of many engineers visible and accessible. I consider it a misconception that community work is non-technical: people representing a technical project competently need a wide variety of technical understanding and very broad knowledge to be effective and speak to their peers. In some way, it has always been a motivator for me to extend my technical knowledge and view. I understand community engagement as a mapping process and sometimes literally draw it as a map. As an example, here’s a map of places where I spoke or organised events (green dots) and places where I often travel to for community engagement (blue lines). The latter may also be places where I just happen to travel to regularly and engage with the community on that occasion. Those maps help me both to understand **my **connections and **my **focus. Another map for example is: communities that I know and where I have connections. I’m regularly surprised how many Rust communities are new to me, even as someone actively searching for them. 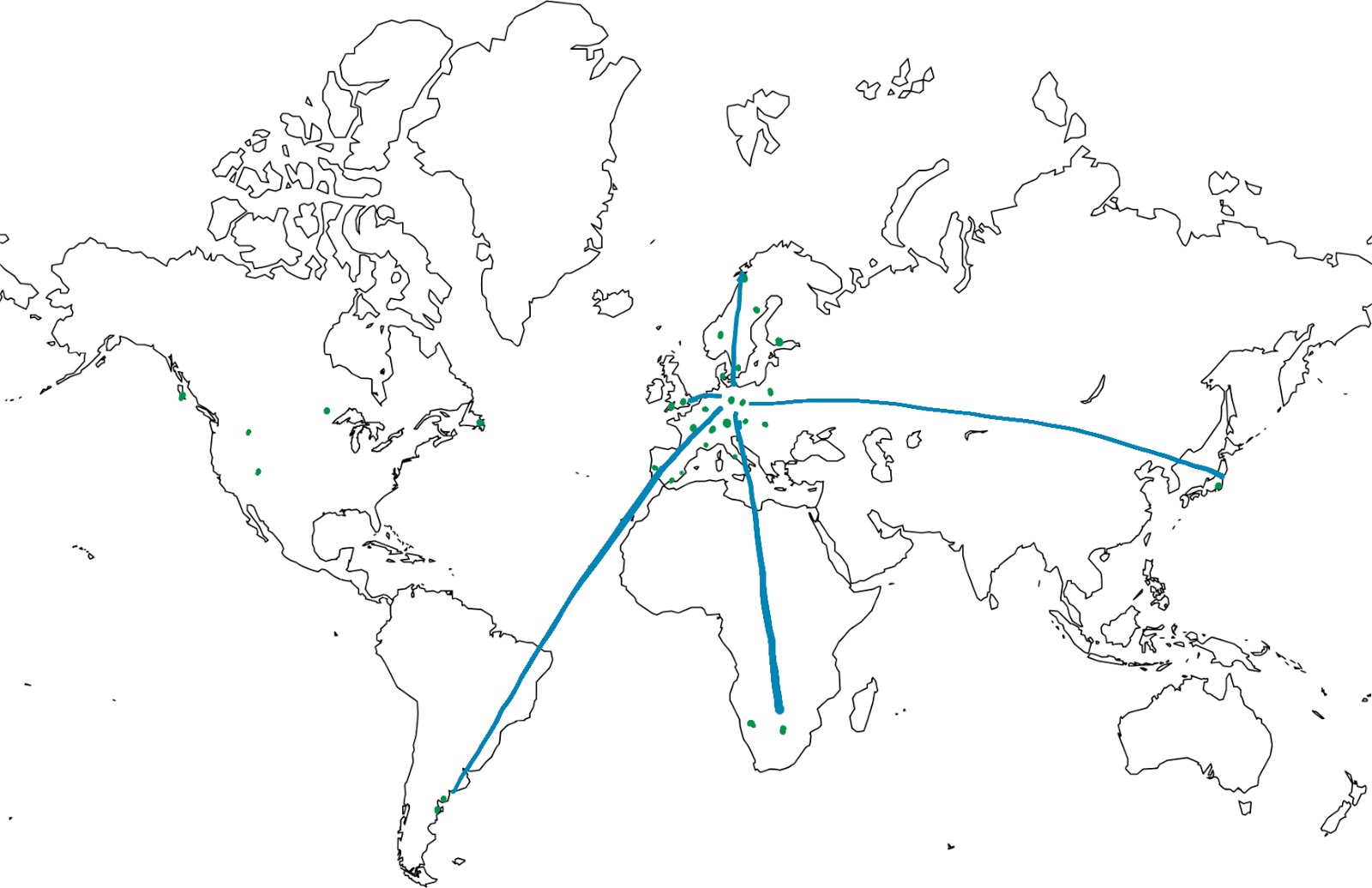 What drew me into the Rust project and still gives me most joy is its pragmatism: a curious mix of interest in theory with a high desire for application. No implementation without talk, but also no talk without implementation. The project has a good feel for when innovation is needed or an existing standard should be taken and implemented well. I believe Rust's good image as an innovative project is based on good power-management rather than a desire to innovate everywhere. Rust as an organisation and the people working on it as individuals are incredibly self-confident - capable of saying **no **equally strong as it can commit to something. This applies to all levels, especially also to organisational ones. I still, after 5 years, am still happy about the Rust Projects desire for improving on the existing. The Rust project always put people first, which I think is a key reason for its massive growth. For better or worse, the Rust project was able to scale as big as it is by putting serious thinking into the people's side and trusting happy people to do good work. The Rust Foundation will be a major tool in taking this ethos to a new level.

Rust is a project open to volunteers and this is what allowed me to join. Voluntarism is a strength that - if well-managed and optional - is also a crucial cornerstone for diversified access and enablement of personal opportunities. Not many fields of endeavour make it so cheap and direct to try out and get in touch with a new technology. It is my desire to build structures in which volunteers can spend their time for their personal benefit on their own terms and have a good experience. Given that the space has grown so massively over the last 10 years, this is a space where solutions often need to be invented.

From my perspective, the foundation is to become an inherent and close part to the Rust project. As it is good practice in the Rust project, I imagine to apply proven standards where useful to make room for effective innovation. I fundamentally believe that “running a global FOSS project sustainably for all” is a nut that has not been fully cracked. I equally believe that those topics will remain in the focus for the next decade and the Rust Foundation can take leadership in finding solutions there - it’s built on a solid foundation.

“If the Rust programming language would not exist, the Rust project would still have something to bring to the world” is something Mark Rousskov said during one of the foundation setup meetings - words to live by.