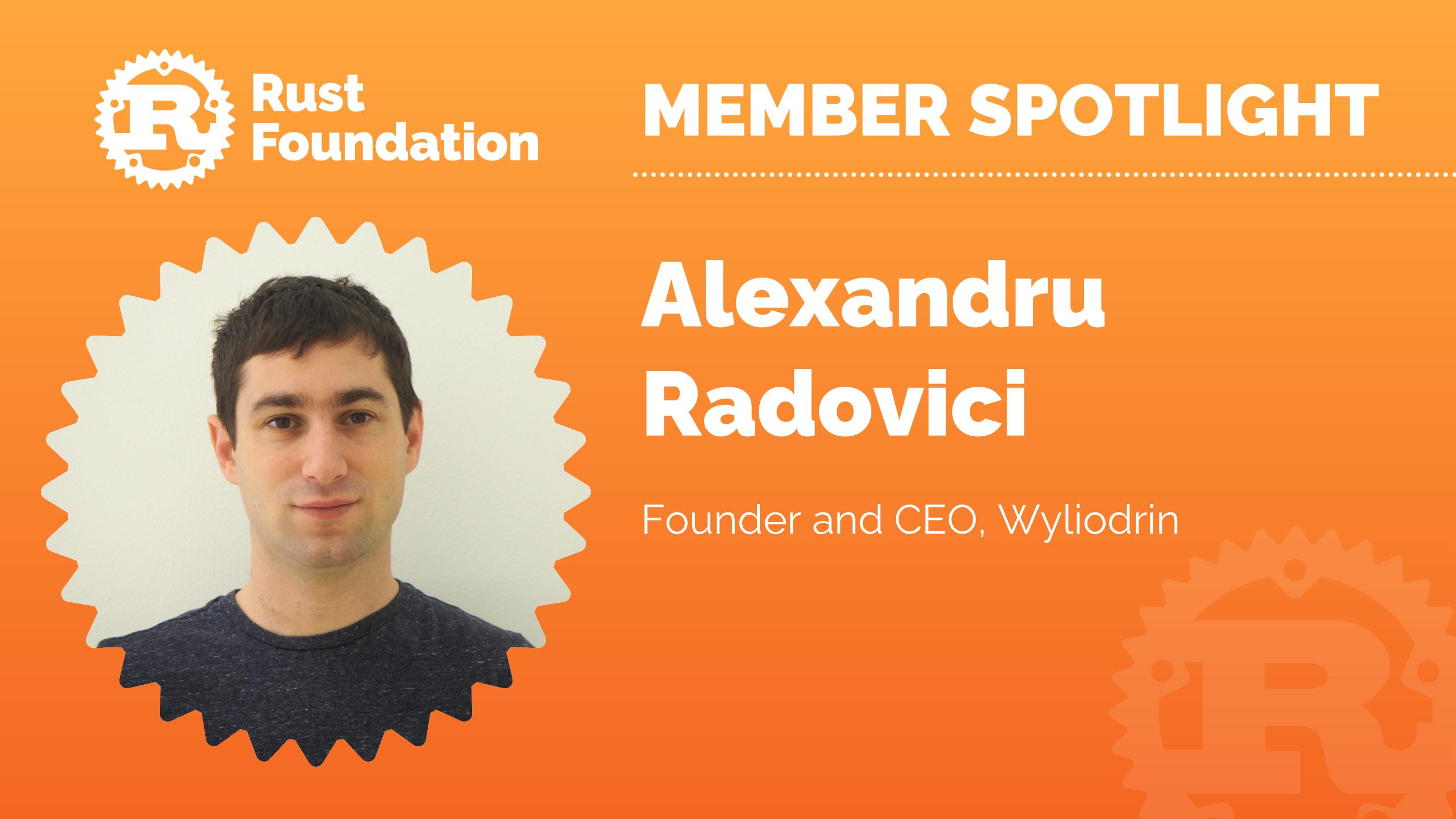 Welcome to our latest Member Spotlight blog. We’re pleased to report that our silver member roster continues to grow, and we’re excited to introduce you to all our great member companies and the work they do across a variety of sectors. Today we heard from Alexandru Radovici, Founder and CEO of Wyliodrin. Read on to learn more about the company and how it’s putting Rust to work.

Tell us about Wyliodrin. What do you do and who do you serve? #

We started Wyliodrin in 2014 with the goal of making IoT development available to everyone. When we launched, the company was primarily focused on education providers, but we have since shifted largely toward the industrial space. Today we build custom software for clients in industrial and automotive systems. Our product is called IoTWay and is a cloud platform for IoT development that enables remote deployment and updates of software on edge devices on a large scale.

How is Wyliodrin using Rust? #

We started using Rust as a contributor to an open source project called TockOS and found it to be a great fit for our needs. We were looking for an alternative to Node.js, which was very resource intensive, and Rust fit the bill. Today we have a number of active client deployments in which industrial equipment is using Rust as a software. Around 30% of our client base currently uses the language, and we hope to see adoption grow, especially now that we have the Foundation and its member companies lending it some additional exposure and credibility. Those who are using Rust have been pleased with the results and development time – we delivered results faster than the .net team could deliver the UI! There also haven’t been any support issues reported, which is a very positive sign.

Why did you join the Rust Foundation? #

Rust has helped us significantly in recent years. We’ve had some really good business with it, and we thought we could help in this effort to promote the language’s usage and growth. We’re a small company, but we wanted to be a part of the change. I grew up with computers and started programing in 1991, and in my view Rust was a real breakthrough. In my opinion, the C language needs to be replaced, and Rust excites me because it is an effective alternative – something I’ve been waiting many years for! I’m really happy that the Foundation is now in place and the Rust Project can go on. We believe in Rust, and being there as silver members is our small contribution to that effort.

What are your hopes for the future of the Foundation? #

I think things are going nicely with the development of the Rust language. One of the biggest challenges that I see is accessibility for those new to writing in Rust. Resources exist, but the learning curve is steep and it remains challenging for beginners. I am also a lecturer at a university, and I’m trying to leverage Rust in my teaching. I’ve gotten lots of comments from students on the lack of documentation and that things aren’t clear. I would love to see more accessible documentation and introductory materials to help ensure new users aren’t deterred and that the ecosystem can continue to grow. I’m hopeful that the Foundation can help make some resources like that more accessible.

What is your favorite thing about Rust? #

I love that it is productive and efficient and enables fast deployments. And I’m thrilled to have an effective alternative to C.

When you think of Rust, what three things come to mind: #