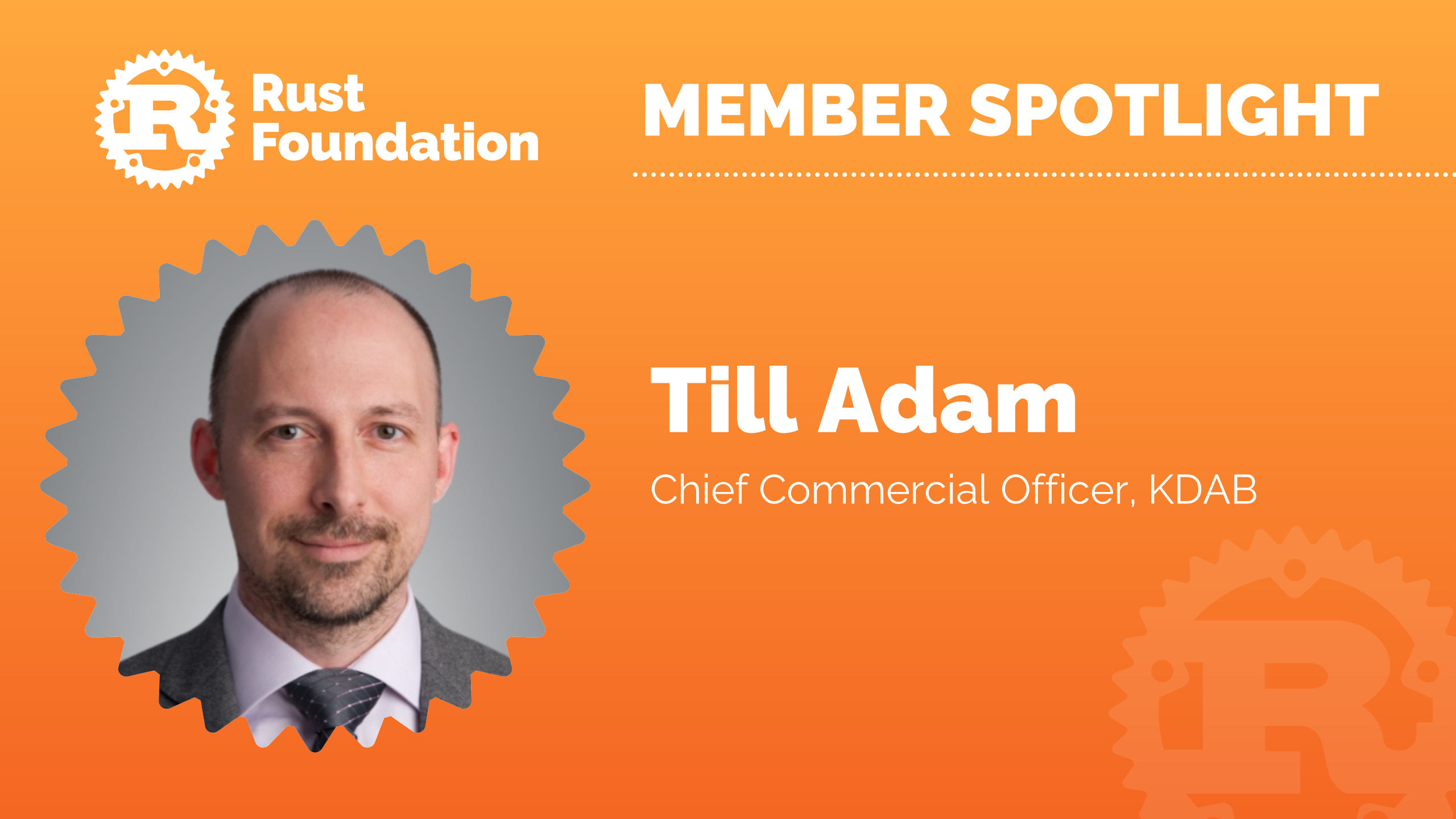 It’s time for another member spotlight! We hope you’ve been enjoying this series and the opportunity to learn more about our great silver members – we’ve enjoyed sharing their stories with you. In today’s edition, we hear from Till Adam, Chief Commercial Officer at KDAB. He shares details on the company’s work as well as its involvement with Rust. Read on for more.

Please tell us a little about KDAB. What do you do and who are your customers? #

KDAB is a global software consultancy traditionally focused on cross-platform software development, mostly using C++, Qt and OpenGL. We are active primarily on the desktop and around embedded devices. On the desktop, we tend to have customers who deal with large amounts of complicated data from various sources like seismic sensors, high-end microscopes, medical imaging, industrial SCADA systems or game development environments. On the embedded side, we mostly focus on HMI and whole-platform aspects, often with an emphasis on performance, efficiency and correctness. We have also created and contributed to many open source projects around developer tooling.

Tell us about KDAB’s use of Rust. How are you using it currently and how might that evolve? #

We see increasing curiosity about Rust, not only among our engineers but also with our customers. The promise of a better, safer C++ is attractive and is slowly starting to materialize in different applications and industries. We recently released the CXX-Qt crate, which allows smooth interoperability between user interfaces written in Qt/C++ and backend functionality that leverages Rust. Such hybrid systems are likely to come up in our customer projects more and more, as Rust gains more acceptance and relevance in the industries we are active in. Some of those industries – like medical, vehicles and industrial automation – stand to benefit significantly from what Rust brings because of regulatory and overall quality requirements.

What was KDAB’s motivation to join the Rust Foundation? #

We see Rust becoming a growing part of our business and would like to be part of the Foundation so we can keep in touch with all the latest developments and support the technology and community growth.

What do you hope the Rust Foundation will accomplish going forward? #

We hope the Rust Foundation will continue to maintain the high standards it has set itself, keep provoking and promoting new and better code and software best practices and keep supporting and advancing the Rust ecosystem.

I don’t get to write a lot of code on our projects anymore, so I’m relegated to personal pet projects and experimentation. That’s been fun so far, and I’m very impressed by the large and supportive community and the many existing projects to build on.

To learn more about the Rust Foundation, check out our website, learn about becoming a member and follow us on Twitter and LinkedIn to stay up to date. The Foundation is also rewarding community grants to qualified applicants. Learn more about the Community Grants Program if you are interested.