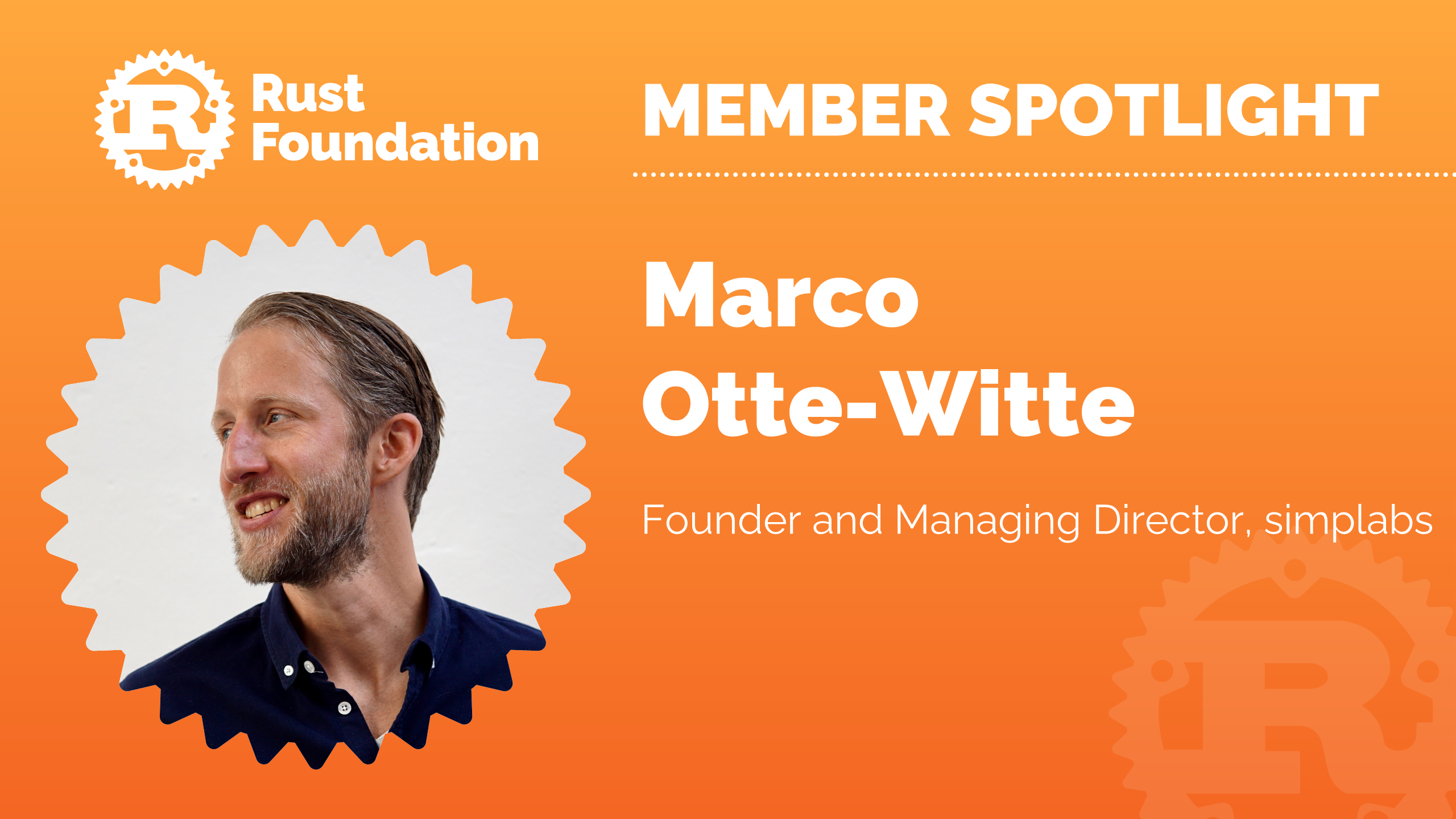 Welcome to another installment of our Member Spotlight series, the blog series in which we introduce our family of Rust Foundation Silver Members to the greater community. We’re thrilled to have such an interesting and diverse set of companies on board and even more excited to see our community continue to grow. Today we hear from Marco Otte-Witte, Founder and Managing Director of Mainmatter (formerly simplabs). Read on to learn more about Mainmatter, how the company uses Rust and future plans.

Tell us about Mainmatter. What do you do and who do you serve? #

Mainmatter builds high quality web applications with international clients. We provide design and engineering services as well as mentoring for product development teams. Our focus to date has mostly been on the Ember.js frontend framework, but we are now diversifying to offer teams support with other technologies as well, and Rust is particularly exciting to us.

How is Mainmatter using Rust? #

Being a company that is primarily focused on web applications, the two main areas where Rust is of interest to us are Web Assembly and using it to implement backend servers. Some of our engineers are active on the crates.io team, which is written with Ember.js on the frontend and Rust on the backend.

Is Rust helping Mainmatter solve any particular challenges? Anything other languages couldn’t address? #

We love the combination of speed and safety. Some compiled languages are similarly fast, but it is easy to cause crashes and memory issues. On the other hand, some languages focus on safety, but they can often be an order of magnitude slower on runtime. Rust gives us the benefits of both worlds and lets our engineers work on projects with much higher confidence than ever before.

Why did Mainmatter join the Rust Foundation? #

Quite simply, because our engineers love Rust and would like to get involved more. We are generally pretty involved with the open source community and like to support the ecosystems around the technologies we specialize in. We're also an official sponsor of the Ember.js project as well as a founding sponsor of the Erlang Ecosystem Foundation.

What are your hopes for the future of the Rust Foundation? #

The main focus of the Rust Foundation is supporting the teams that work on the Rust language as well as the wider ecosystem. We believe that it is beneficial to not have a single company be the owner of a language, and we are confident that the Rust Foundation can continue to bring together support from many different companies to help its maintainers.

Tell us about your personal journey/involvement with Rust. #

Some of our engineers have been involved with the Rust project for many years. We got drawn into the crates.io team due to their usage of Ember.js for the frontend and are now also regularly contributing to the Rust backend code. We recently started to run internal Rust workshops within our company and are planning to open them up to the public soon.

What is your favorite thing/feature about Rust? #

Our favorite thing about Rust is the combination of speed, safety and versatility. This combination enables our engineers to easily build things that would not have been possible before.